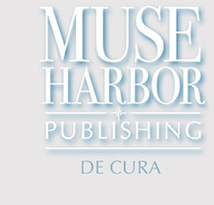 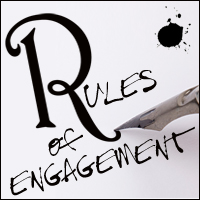 A blog for fiction writers and impending writers. An editor’s perspective.

My Favorite Films About Writers and Writing. (An Aside)

Once upon a time, I functioned as a bona fide L.A. film critic, and using those past laurels as validation (as opposed to, say, spear-fishing), I hereby present a highly subjective list of my favorite films that I believe will inspire or motivate (or at least cajole) writers who want to write. Or perhaps who need to write.

However, don’t mistake this list as being Every Movie Made About Writing. I mean even King Kong featured a screenwriter (Adrien Brody in Peter Jackson’s 2005 remake) but I’d hardly confuse that flick as an overt literary metaphor. And if I’ve omitted some worthy flicks in this admittedly idiosyncratic list, I’ve erred on the side of optimistic films rather than those fatalistic efforts… as our every waking moment in front of a rusting Olivetti or flickering PC screen is challenge enough. Thus, a few too-close-to-reality based “bummer” films (e.g.; Girl Interrupted, Leaving Las Vegas) while undeniably writer-centric—and while excellent dramatic interpretations—don’t ignite that spark within me of seriously wanting to write. Thank you, but I’m depressed enough sitting comatose in front of my laptop, words swimming like hungry trout in a deep pond and my cerebral hook lacking the slightest worm of creativity.

I have ranked this list with little suspense—from my most favorite to the rest of the best, and with a few Honorable Mentions, in accordance with God’s midnight whispers and my own personal eccentricities. I have not seen every literary-inspired or author-depicted film ever made, and hopefully I shall find time for those I haven’t yet seen… just as soon as every novel on my own to-write list is finished and published.

By the way, the films presented are fiction or fictional biography, and don’t include documentaries. So, in order of personal preference:
.

Some runners-up, and personal favorites, although not quite (imho) necessary rocket fuel for inspiring writing—although very good flicks!:
.

And, yes, I know the following films are, however indirectly, partially about writing or writers. And yes, many of these films have admirable, even wonderful, cinematic qualities; themes and characters and overarching messages. I admire many of these films and a few—e.g.; Get Shorty, The Name of the Rose, Sideways—get preferential viewing every time I discover them on late night cable. However, for whatever reason, these miss the motivational or inspirational quality I seek in this blog. Some begin to interpret a writer’s inner demons, but end up in the mystery, murder or mayhem category. Or else a romantic jaunt that, if nothing else, proves that once in a great while, even a fiction writer can find love! So, while many of these films are worth a look, I wouldn’t exactly shop here implicitly for literary inspiration.

One thought on “My Favorite Films About Writers”