The way you can move content from here to there does influence what gets written and how it gets written…so how you tell a story, how many pieces you tell the story in … all of these things are old — it’s just that we think of new ways to distribute them.

…as publishers, it presents us with some problems. 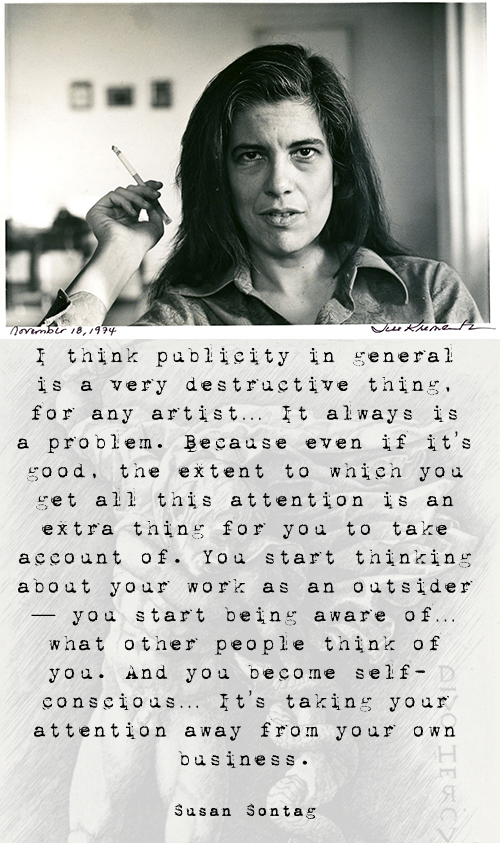 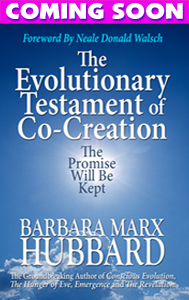 The promise will be kept!

Barbara Marx Hubbard’s extraordinary new book offers an evolutionary, future-oriented perspective to the Gospels of Jesus Christ. Barbara reveals that many of the miracles Jesus performed are actually similar to those acts that we currently aspire to achieve today, but so often without consciousness of Christ love.

This book builds on the great themes in the New Testament, such as Jesus’ statement: “You will do the works that I do, and greater works will you do in the fullness of time…” and St. Paul: “Behold I show you a mystery, we shall not all sleep, we shall all be changed…”

These statements are coming true. The Promise is being kept. We are all being changed. We do have the power of what we called gods. We can destroy the world and we also can restore the Earth, evolve ourselves and all of society. This is the last trump, and the trumpet is sounding for our generation.

The Evolutionary Testament of Co-Creation invites us to form Evolutionary Bible Study Groups to join together to consider and deepen the guidance for the meaning of our new Christ like powers to be used for a positive future for all Earth life.

Muse Harbor Publishing’s very own Michael Picarella will be signing copies of Everything Ever After and telling tales at 5:30PM on June 13, 2015 at The Open Book bookstore in Valencia, California. Stop by, say hello, buy a book! Or three!

Muse Harbor Publishing launches controversial book, Stephen Hawking Smoked My Socks by noted dissident mathematician, astrophysicist and author Hilton Ratcliffe. Loved by some and reviled by others for challenging the scientific powers that be, Ratcliffe examines the sociology of belief, dissecting the almost impenetrable layer of belief that protects our opinions and convictions, and offers a novel method for revealing objective truth in any and all fields of enquiry.

Why did Stephen Hawking become so famous? What is it that makes Albert Einstein so instantly recognizable? Why have they become icons to rival film stars? South African-born physicist, mathematician, astronomer and author Hilton Ratcliffe seeks out the answers to those questions, and discovers that they have nothing at all to do with science. In Stephen Hawking Smoked My Socks (Muse Harbor Publishing, November 21, 2014), Ratcliffe puts it plainly:

“It is profoundly important that I state up front what this book is about: The power and influence of belief over data-driven science in creating our opinions, and the eternal, polarising conflict between belief and instinct in the development of our mindset. This book is not about my scientific theories, nor does it promote my personal models of the Universe. Please bear in mind that I am not proposing an alternative model of anything; I am merely tendering a method that favours objectivity in the development of all theories and philosophies, whatever they might be.”

In the prologue to “Stephen Hawking Smoked My Socks”, Ratcliffe says, “The aim of this discourse is not to prove either of us right and the other wrong, but for us both to find an accurate and realistic way of looking at the world. I contend that everyone, without exception, is powerfully affected by personal belief, so I suppose I have at last produced a book that is relevant to 7 billion people!”

Against the backdrop of his own worldview as a philosophical astrophysicist, Hilton Ratcliffe:

Stephen Hawking Smoked My Socks is available on Amazon, Barnes and Noble, iTunes and museharbor.com.

On the issue of recent theories on black holes, Ratcliffe believes this video, “Einstein Said There are No Black Holes” by Chief Scientist, Focus Fusion Research, LPPhysics.com, Eric Lerner, addresses the issue best.

Dr. Cliff Saunders, Cybernetician, says, “South Africa’s very own Dr. Hilton Ratcliffe shows, in this remarkably entertaining book about the physics of reality, the inevitable and tragic hubris of Prof. Stephen Hawking and most of all, he shows me my very own place in this Universe, this folly we call home.”

South African-born astrophysicist Hilton Ratcliffe has garnered respect amongst the global scientific community for his classical approach to space science: His belief system is based upon observation rather than esoteric theory, a reversal of the standard approach to cosmology. The author first exposed the suffocating control exercised by an entrenched scientific orthodoxy of which he was once part. He opposes the stranglehold that Big Bang theory has on astronomical research and funding, and to this end became a founding member of the Alternative Cosmology Group (an association of some 700 leading scientists from all corners of the globe).

Based in Santa Barbara, CA, Muse Harbor Publishing was founded in 2011 as “writers helping writers, in service to our readers.”